Our 1st stroller was a used Capella Harmony with an infant car seat. It was a pretty good travel system back when we only had Armand.

We then bought was another used Harmony while we still have the 1st one because the 1st one was not working so well, or so we thought. In the end, it was just how it works and we sold that off soon after.

Our 3rd stroller was a new Hauck Turbo. We bought it as a spare as the Capella was becoming a hassle to fold, if I am not wrong. I seriously cannot remember why actually.

Our 4th stroller was a new Mothercare Mino that we bought while we were in London (as we did not bring our stroller along, which was a BIG mistake!). It was cheap there anyway. We sold the Capella off when we got back home as Armand outgrew the infant car seat.

I really love the Mino. Super light, super compact. Apparently I did not love it enough that we 'lost' it when I forgot to put it into the trunk of the car and drove off without it. Needless to say, it was no longer there when I returned back to the car park. Luckily we still have the Hauck Turbo or we would have been stroller-less. 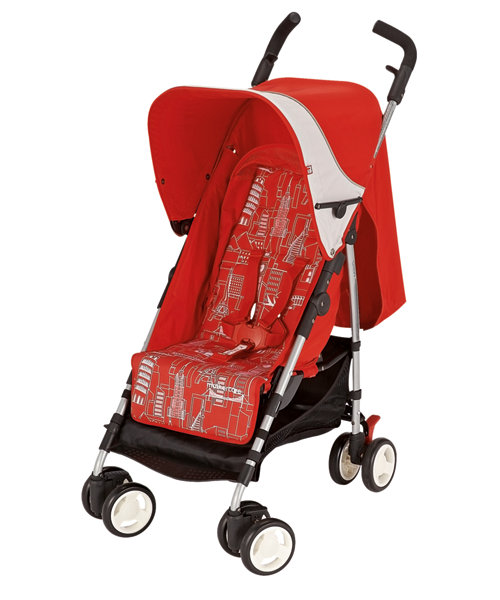 Our 7th stroller was a Sweet Cherry LC100 Tulsa that we bought while we were in Penang. I know that I should have learnt my lesson from the London trip and bring along either one of our strollers but I did not want them damaged during flight, like what happened to our Mothercare Mino during the London trip back.  Anyway, we sold it off when we got back home as we did not need it anymore. It was not a bad stroller actually and it was super cheap.

Our 8th stroller was used Phil&Teds Sport because the Hauck Freerider started to piss me off. The Phil&Teds was better as a double stroller although it is not totally piss-me free either. We sold the Hauck Freerider after that as well as the Shopper Shop 'n Drive travel system as it was Arissa's turn to outgrew the infant car seat.

Our 9th stroller was a used Phil&Teds Explorer because the brakes and the seat recline on the Sport is ridiculously irritating. So we sold the Sport off after getting the Explorer.

Now we are down to only one stroller - the Explorer. So far this should be the best and last and the only stroller for us. Or is it?
Posted by Azacamis at 9:12 PM

Wow how many kids you have? What a spendthrift!

So far I only have 1 stroller - Bao Bao Hao.

And its working perfectly fine till now.

You have a really great site! I love how useful a lot of your topics are. I was wondering if you would consider mentioning my website on your next post? I’ll be sure to mention yours on my blog in return. Thanks!

Baby Stroller are easy to transport and carry your baby anywhere, lightweight and ultra-compact. It has lockable wheels for smoother ride.